Connan grew up in Sydney and was saved in his first year at University. He started going to a local church and the Christian group at uni.  After studying, he worked as a Vet.

Deciding to spend more time sharing the brilliant news of Jesus, Connan worked at a church in Liverpool for two years (doing the Ministry Training Strategy);  and then he went to Moore Theological College to study theology for four years.  He worked on staff at a Church in Richmond and as a Christian Staff worker at University of Western Sydney (Hawkesbury Campus), for three years.

in 2006, seeing the massive expansion on the Central Coast in the northern region, and having been thinking about planting a church for some years, Connan desired to make the move up north, so as to share the gospel so people could know Jesus.

Connan is married to Belinda and they have three children, Jayden, Joshua and Sarah.  Connan enjoys spending time with Belinda, sport (surfing, water polo and swimming), having friends around and watching Manly win footy.

Michael grew up in a Christian family in Coffs Harbour. He spent his younger years surfing and playing jazz piano. He grew as a Christian throughout high school before moving to Newcastle to do a business degree. In 2009 he married Nicole and became part of Lighthouse Church. Since then Michael and Nicole have had 2 boys and a girl- Fletcher, Felix and Isla. Michael now works as a pastor on staff at Lighthouse. He enjoys watching the Sydney Swans and hanging out with his family. 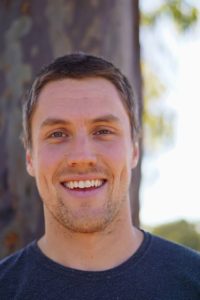 Jeremy grew up in Western Sydney in a Christian family. Jeremy found that attending a public High School developed a deep desire for his friends to come to trust in Jesus. After school Jeremy completed an internship with Scripture Union NSW. He got loads of experience in ministries such as camps, schools and beach missions, from the outback to the coast, working with many volunteers.

This internship grew Jeremy’s desire to develop his personal relationship with God and grow in his understanding of the Bible so he attended SMBC (a Bible College in Sydney) doing a diploma through “The Bridge” program, and stayed for a 2nd year in 2020. Jeremy decided to move up to the Central Coast to complete MTS with Lighthouse church as he continues to aspire to full time ministry. He loves multi-cultural food, hiking, playing football (soccer) and watching the Western Sydney Wanderers. 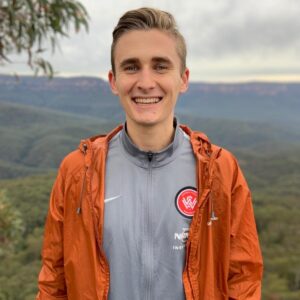 Alex grew up not knowing about Jesus. When he was 15, he asked for a Bible for Christmas. After reading it for a few weeks, he realised that Jesus is the King of everything — including him — and has been following Jesus ever since.

Having dropped out of high school to play soccer in Uruguay, he realised that this was a difficult way to live as a Christian. He decided to give up playing soccer and move back to Australia.

When he returned, Alex worked as a builder’s labourer, studied Philosophy at Notre Dame and joined EV Church, where he met his wife Jacinda and was encouraged to consider full-time ministry.

He moved to Lighthouse Church in 2020 to begin his MTS apprenticeship.

Alex enjoys sitting by a fire and finding great places to eat with his wife. 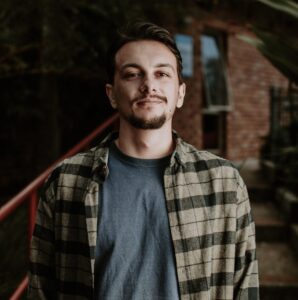